Songs of the Hebrides 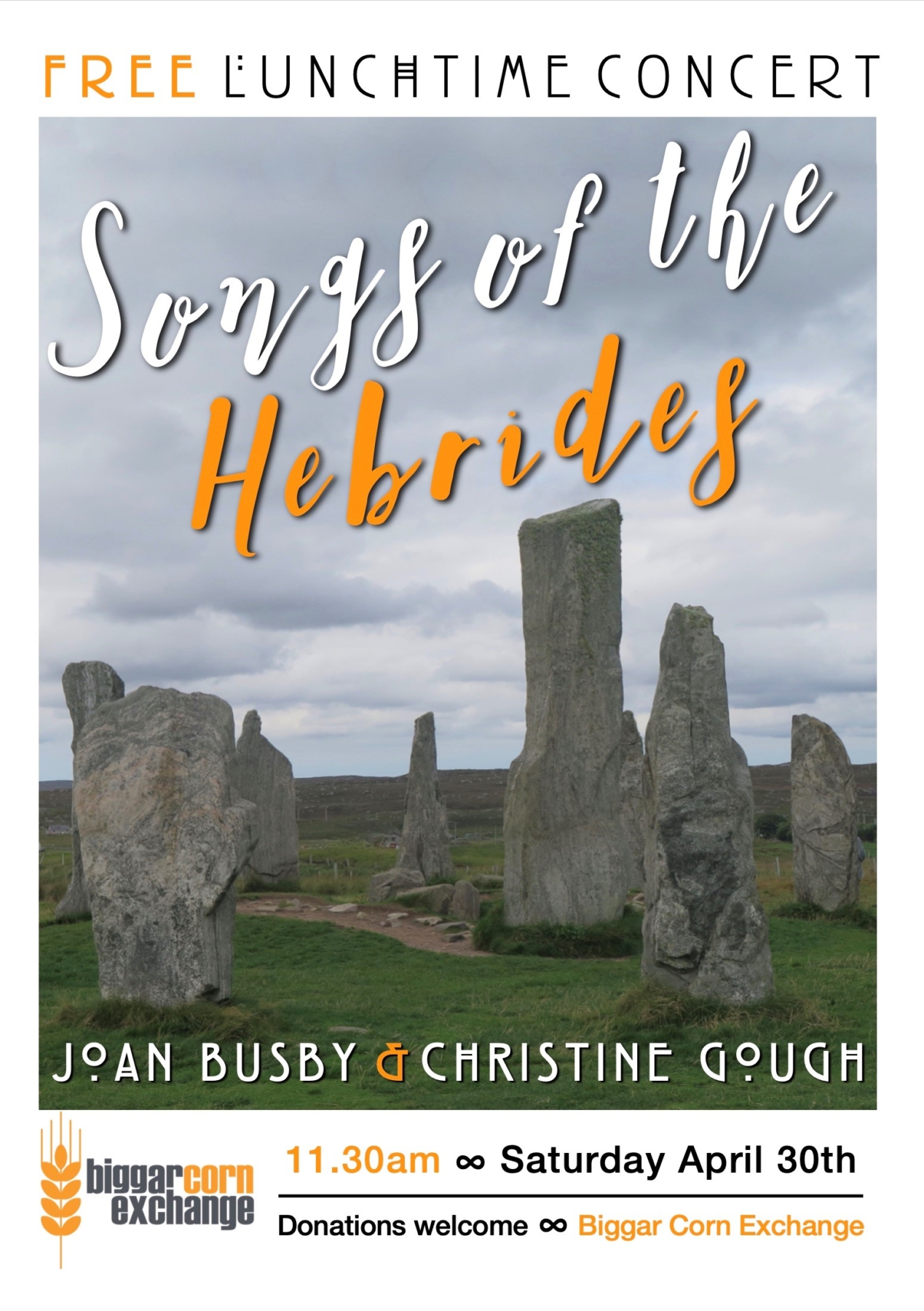 Songs of the Hebrides

A program by Joan Busby (mezzo soprano) and Christine Gough (piano) telling the adventurous life story of the song collector, Marjory Kennedy Fraser, illustrated by some of the many lovely songs from the Hebrides.

Marjory Kennedy Fraser (1858 –1930) travelled the world in her youth as accompanist to her father, the famous singer of Scots songs, David Kennedy, visiting Australia, New Zealand, USA, Canada and South Africa. Between tours she studied singing in Italy and in France.

Later, widowed after only three years of marriage, she settled with her two young children in Edinburgh, teaching singing and piano, giving lecture recitals and writing as music critic for the Evening News.  In 1904 the Celtic artist, John Duncan, wrote to her from Ersikay, urging her to come to the then remote island and set down the traditional songs that were still to be heard there.  In the following year she made her first visit, and her life’s work from then on was devoted to the collection, arrangement, publication and performance of Hebridean songs, which became known and loved in many parts of the world.

JOAN BUSBY was born in Yorkshire, and is a science graduate of Edinburgh University. She studied singing with several inspiring teachers, notably Edna Hall (in Middlesbrough), Ena Mitchell and Laura Sarti, with coaching from Paul Hamburger.  She made her first broadcast for the BBC at the age of 14. Later she sang with Scottish Opera and the John Currie Singers, for BBC Radio and STV, in oratorio and in many recitals and concerts.

Joan teaches singing at Edinburgh Napier University and at the prestigious Oxenfoord International Summer School, of which she was a founder and for many years Artistic Director.

Today’s recital has been one of her most popular programmes, telling the adventurous life story of the song collector, Marjory Kennedy Fraser, illustrated by some of the many lovely songs from the Hebrides.

CHRISTINE GOUGH was born in Edinburgh. As a child she studied violin, piano and, later, singing. After completing undergraduate studies in music at

Edinburgh University, she was awarded a scholarship to continue training at the Academy of Music and Drama in

After gaining professional qualifications in accompaniment and chamber music there, Christine based herself for many years in London, becoming much sought-after as  an accompanist for singers and instrumentalists as well as pursuing a busy career as a teacher. She also composed incidental music for BBC productions of Shakespeare’s ‘ The two gentlemen of Verona and ‘All’s well that ends well’.

For many years  she was an examiner for the ABRSM, travelling extensively throughout the world.