I Know a Guy Productions presents: God of Carnage 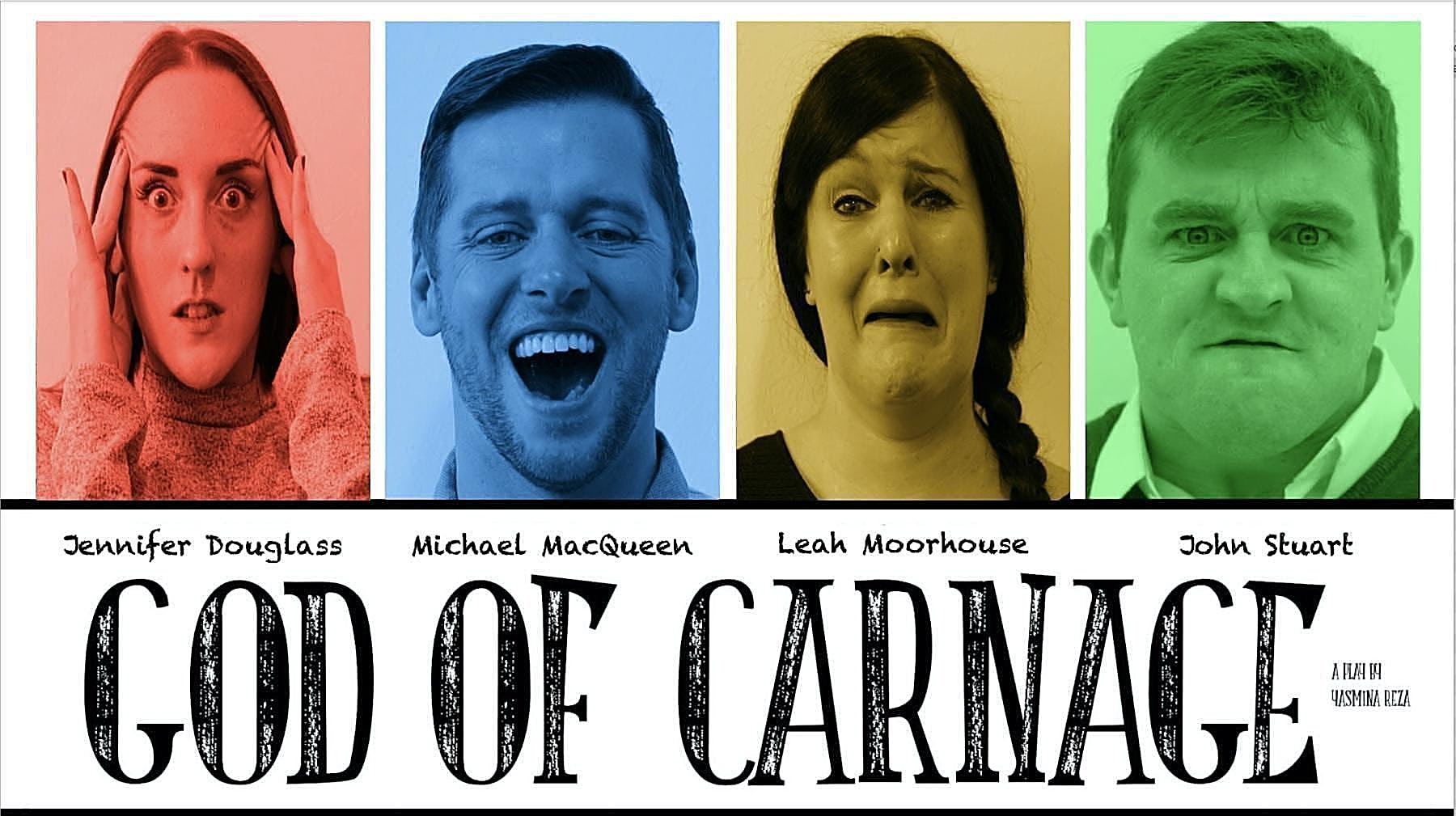 I Know a Guy Productions presents: God of Carnage

I Know a Guy Productions

This acclaimed black comedy was originally written in French by Yasmina Reza as “Dieu de Carnage” (2008).  Translated into English by Christopher Hampton it had successful runs in London and on Broadway.  It was adapted for film by Roman Polanski in 2011 as the Tony Award winning “Carnage.”  Translocated to Scotland, this excellent production features Biggar born actress Leah Moorhouse.  It promises to be a great show; perfect to celebrate our reopening after two years of closure due to Covid-19.

Set in Glasgow’s west end, God of Carnage is the story of two married couples who meet for the first time, shortly after their respective sons have a nasty playground fight.

Michael and Veronica, whose son’s teeth were knocked out with a stick, invite Alan and Annette (whose son did the knocking) to their home to settle matters; such as who will pay for new teeth.

Any attempt at a resolution or having a simple civilised discussion about whose child is responsible for the fight, and how parental technique may have influenced such awful behaviour, quickly dissolves into finger-pointing, name calling, stomping around and throwing things.

And that’s before they break out the rum!