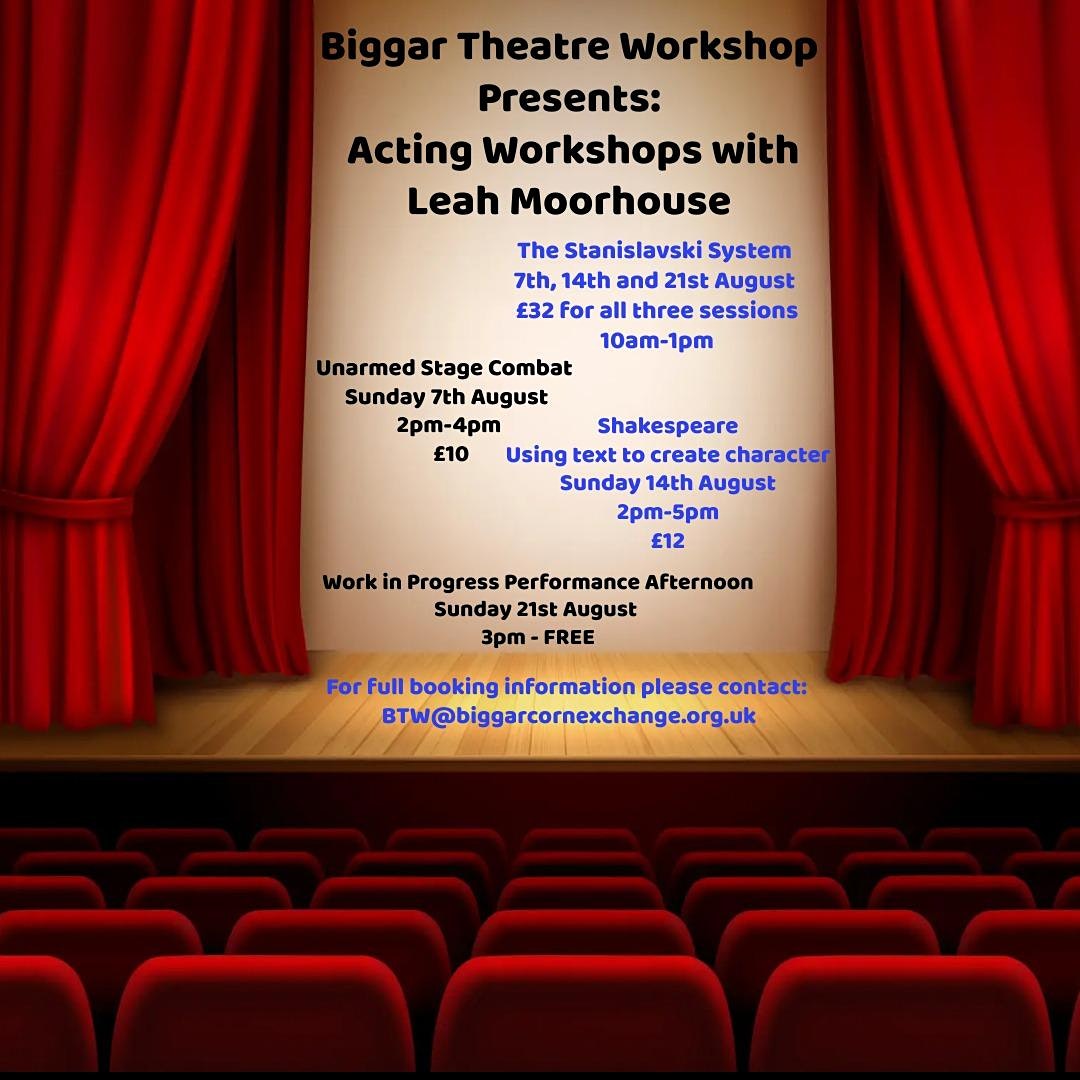 This will be a physical session where participants get the opportunity to take part in some stage fighting techniques.

This will be a physical session where participants get the opportunity to take part in some stage fighting techniques. You will learn about distance, angles, knaps (impact sounds) and the best ways to sell your fights for your character. Although this session is open to people of many differing levels of physical ability it does require some rolling about on the floor and ‘flailing around’ so might not be suitable for those with more intense physical restrictions. It doesn’t however require you to be an athlete so don’t worry. If you have any specific injuries please let the instructor know prior to the class.

Although this is a stand alone session participants will be invited to join the Acting group for the performance afternoon on the 21st August at 2pm if they would like to show their final fights. This is completely voluntary but we would really love it if people would like to come along and show what they have learned.

Leah Moorhouse was born and bred in Biggar and performed with the Biggar Theatre Workshop from a very young age. Since then she went on to train in Acting and Performance in Glasgow. Subsequently, she has been working as a lecturer in Acting and Performance for the last 14 years as well as a freelance actor, director and voiceover artist. Once again, she is back in Biggar to run a series of performance, skill-building sessions. Whether you are an old-hand on the stage or someone new to treading the boards these sessions are open to all. So if fancy trying something new, sign up before the 31st of July. 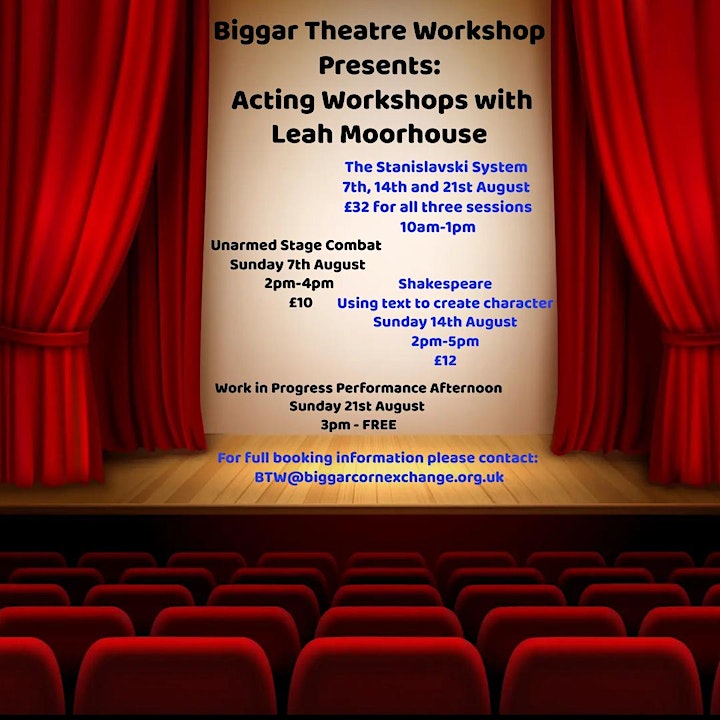